How Keeping a Routine is Key to Peak Performance

Ever wonder how the most successful people in every field reach the top, and seem like they have no problem going at that pace once there?

It seems like entrepreneurs, startup founders, leaders and anyone else whose days are filled with tasks and projects, knows how to follow through on their goals no matter what.

Yet, you struggle with staying consistent even with the new habit you’re trying to build.

Luckily, there’s nothing wrong with you, it’s your system. And it can easily be changed.

The not so secret formula to getting better results and reaching peak performance that thriving businessmen and high achievers are familiar with, lies in their daily routines.

Yes, that’s simple. All paths to success usually are, but that doesn’t mean they are easy.

But if you’ve tried many other things in order to turn your life around, and started losing hope, this is your chance to crush it. Keeping a routine can be a game-changer for you. Here’s why and how that will happen exactly:

Routines are the foundation of a successful and productive day.

Okay, think about it.

You might have heard that most CEOs and millionaires wake up insanely early and get to work.

With a little digging, you’ll find out they also do certain things in the evening, before heading to bed.

Every now and then you’ll see examples of what they do in the weekends, or before getting to work, or between tasks and meetings in the day.

When summing it all up, you realize their days are structured in the most effective way possible and that doesn’t allow them to do anything else but give their best.

Well, that’s also what you should be aiming at.

Peak performance consistency is only achieved through routines, built over time.

How you start and end your day, for example, plays a key role in how motivated you are in-between and what things you’re concentrating on.

Routines are combined with the power of mini habits.

If you never set on a mission to change your behavior, then chances are you’re indulging in tens of bad habits a day and they are the reason why you aren’t happy with different aspects of your life.

But every single thing you do during the day shapes your future some time from now. If you haven’t carefully analyzed these actions and activities, you can’t take control of them and turn them into positive habits.

Habit breaking and forming are difficult processes that take time and willpower. Luckily, you can start super small.

Change just one thing you don’t like or which you know isn’t healthy or is keeping you away from moving ahead of others.

Ditch one habit in the next 30 days. During that process, you’ll learn a lot about the changes going on internally that go together with such a transformation. You’ll get feedback from your body and mind, and will be better prepared for the next habit you want to break or build.

Routines are crucial to peak performance simply because they are a combination of many small habits, performed one after another.

Of course, that also doesn’t happen in a day, and you don’t need to rush through this.

It’s all about starting. And your life today is already a series of different mini habits you’re performing from the moment you wake up to bedtime. So to change direction and head to success, you need to study these and do something about each. Once you remove the bad ones, you’ll begin building new, good ones.

That’s how every successful person out there did it, and it might have taken him a decade to get to where he is today, but discipline was developed during that time and the inner leader was created.

We know focus is key when talking about goal setting and accomplishment. Distractions are everywhere, in different forms, and at some point we find ourselves saying ‘no’ to tens of things daily, just so we can say ‘yes’ to our one priority.

That’s how it should be.

But that momentum lasts for a certain time. As studies suggest, the motivation to reach something slowly disappears halfway through our journey.

So, it’s our job to find other sources and try new strategies. Or, do what the best in any field are doing: create routines and stick to them like nothing else exists.

Let me give you an example.

Morning routines are quite a thing these days, and for a reason.

Jack Dorsey is waking up at 5 a.m. to meditate, have a workout and get to work. He’s famous for spending 8 hours daily in both of the companies he’s a CEO of, and manages to do that and keep being productive the whole week.

Even great men from history were familiar with what a routine can do for your long-term success. Benjamin Franklin used to get up at 5, and had a certain set of activities to be done before officially beginning the day and getting to work.

Let’s say you start waking up half an hour earlier tomorrow and decide to dedicate that extra time to creating a routine.

Beginning the day the same way is actually something that will make everything else easier. You need willpower only in the beginning. Once you test different versions of such a ritual and see what works best for you, you’ll find out you do it effortlessly.

Even if you weren’t a morning person, you’ll now wake up and do your morning habits without even thinking about it. Then, you can continue with your day with a clear mind, laser focus, increased energy, and high productivity levels.

As you see, routines are a great addition to the life you imagine having some time from now. Keeping them is key to peak performance and consistency.

So begin creating one no later than tomorrow.

Steven J Pinto is a self-reliance coach, psychotherapist, and speaker, who helps people achieve their desires using practical techniques. Steven challenges audiences and clients alike to become more self-reliant – and gives them the tools they need to do so. Steven has spoken at leading universities, corporations, and professional events, along with building a successful psychotherapy business and helping individual clients make deep and lasting changes. Steven has been named one of Long Island’s Top 30 Professionals Under 30, and Caron Treatment Centres awarded him the Educational Excellence Award For An Individual. Steven believes change is always possible, and uses his own experiences and story to show others how to create lasting change in their lives. 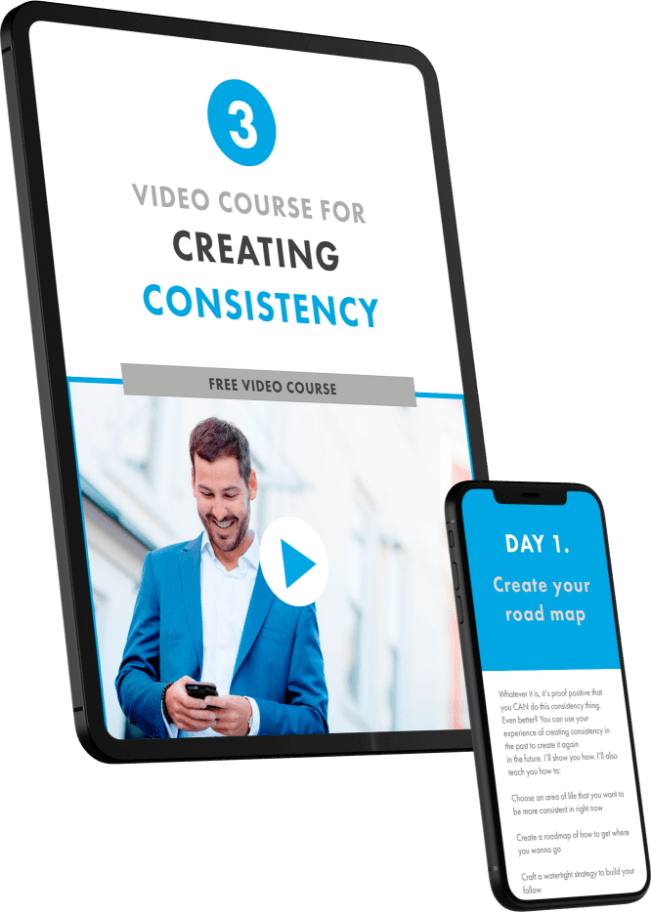 Having trouble reaching your goals? If this sounds like you, you’re not alone. I’ve helped hundreds of executives and entrepreneurs overcome the challenges associated with not being consistent…and now I can help you, too! Sign up for the free Creating Consistency video course.

Thanks for subscribing! Please check your email for further instructions.

Something went wrong. Please check your entries and try again.